More than a PBX phone system, it is an Award-Winning IP PBX delivered as cloud, on-premise or hybrid. Switchvox delivers powerful Unified Communications tools, mobility applications, and robust calling features. Even better, all features are included into one competitive price for your customers with great margins for your business. 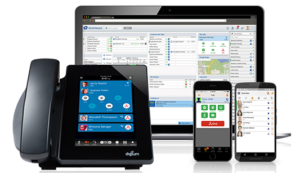 Sangoma’s Switchvox is more than a hosted PBX, Switchvox Cloud is a full-featured Unified Communications (UC) solution designed for SMBs.  Now is the time to take provide a powerful UC solution for your customers that is feature-rich, including presence, instant messaging, conferencing and mobility all in one.

Switchvox gives your customers a robust UC feature set without the hassle and expense of complex licensing models. All Switchvox features are included for every user, so your customers don’t have to worry about the added expense of additional feature licenses if one of their staff members needs more functionality, it’s already included.

‘Sangoma and Nuvola Distribution started working together after Sangoma’s purchase of Digium, it has been an absolute pleasure working with the Nuvola team in these initial phases and we have found them to be a Distributor that is highly professional pro-active and collaborative. With exciting plans to merge the best of Digium products within the Sangoma portfolio we will be recruiting new partner resellers and working with the existing Nuvola and Sangoma partner resellers who will benefit from a broader range of products and services to be delivered by Nuvola Distribution‘