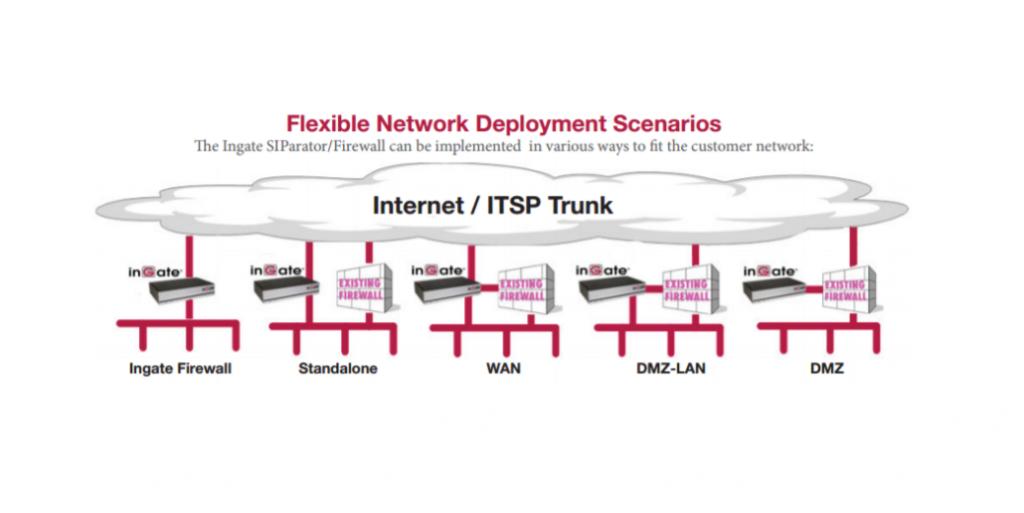 The SIParator fully supports load balancing and failover using DNS SRV and speeds up failover by monitoring SIP servers. In addition, the SIParators can be used in failover pairs, protecting from catastrophic failure. By synchronizing configuration and long time states (like SIP registrations), the idle device takes over at the Ethernet level should the active device fail. This Ingate failover method also protects against software faults, since it directly allows dropped calls to be setup freshly again. The largest Ingate E-SBCs (S95/S97/S98) are highly protected against hardware failure with redundant dual power supplies and RAID 1 hard disks.

The Ingate SIParator®/Firewall® S95/S97/S98 are E-SBCs that offers large enterprises a controlled and secured migration to Voice over IP and other live communications, based on SIP. With the Ingate SIParator, E-SBC even the largest of businesses, with branch offices around the world and remote workers, can easily harness the productivity and cost-saving benefits of VoIP and other IP-based communications while maintaining current investments in security technology. The Ingate SIParator® 95/97/98 are high capacity, high-performance E-SBCs designed for large enterprises, call centers and service providers, and can handle up to 20,000 RTP sessions.